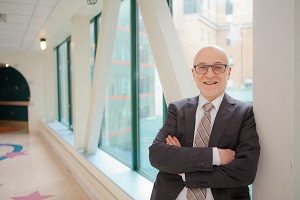 Dr. Russell Schachar trained in medicine at the University of Toronto and in psychiatry at McMaster University in Hamilton, Ontario. Following this, he completed post-doctoral training during a fellowship at the University of London, England under the supervision of Professor Sir Michael Rutter. Motivated by a desire to advance the understanding of mental illness in youth, Dr. Schachar returned to The Hospital for Sick Children where he initiated an acclaimed clinical research program in Neuropsychiatry and set up a productive research laboratory.

During an active career spanning 30 years, his contributions to attention deficit hyperactivity disorder (ADHD) and autism research have had significant and far-reaching international impact. He is a leader in the field of child psychopathology, advancing our understanding of brain structure and brain function in mental disorders, traumatic brain injury and individuals treated for cancer. He is also the founding scientific director of PEGASYS, a candidate Canadian Network of Centres of Excellence focusing on common mental illnesses.

Dr. Schachar has won several prestigious awards such as the Elaine Schlosser Lewis Award, American Academy of Child & Adolescent Psychiatry (achievement in ADHD research) and is an inductee to the CHADD Hall of Fame for lifetime achievement in ADHD. 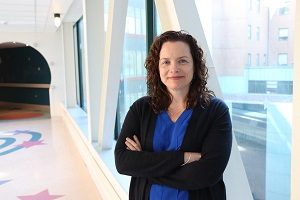 Dr. Jennifer Crosbie is a Clinical Psychologist and Health Clinician Scientist within the Department of Psychiatry at The Hospital for Sick Children (SickKids). Dr. Crosbie is an Associate Scientist within the SickKids Research Institute, Neuroscience and Mental Health Program, and Associate Professor at the University of Toronto. Dr. Crosbie is the recipient of the Susan J. Bradley Health Clinician Scientist Award and is an O’Brien Scholar.

Dr. Crosbie’s research and clinical work are focused on understanding the neurobiological determinants of childhood neuropsychiatric disorders, with a particular focus on attention-deficit/ hyperactivity disorder (ADHD). An overarching objective of her work involves investigating the behavioural, cognitive and genetic architecture of ADHD and related neuropsychiatric disorders. Four integrated domains of research create the foundation of her research: 1) Cognition and behavioural phenomenology using cross sectional and longitudinal methods; 2) Understanding genetic etiology; 3) Utilizing general population samples to investigate the relationship of genes and environment; and 4) Development of novel cognitive rehabilitation interventions.

Dr. Crosbie holds externally funded grants including CIHR, the Province of Ontario Neurodevelopmental Disorders (POND) Network funded by the Ontario Brain Institute (OBI), CHILD BRIGHT, and CIHR-funded SPOR. She is a past recipient of a New Investigator Fellowship from the Ontario Mental Health Foundation (OMHF).

Copyright 2021 The Hospital for Sick Children (SickKids). All rights reserved.
Accessibility | Privacy | Terms of Use | About the Research Institute